Is the law truly this much of an ass? 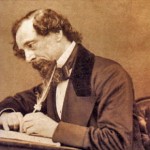 Dickens thought the law was an “ass,” and Sprint is trying to prove him right.

This past Sunday’s New York Times magazine had a fascinating, and ultimately disheartening, article about an entrepreneur who did what great entrepreneurs do. He developed a technology to solve a pressing social problem, specifically, the problem of people texting while driving. Everyone knows this is a huge problem. According to one study, this is now a leading cause of teen deaths in the U.S.

Inspired by the story of a texting-while-driving fatality, he overcame daunting technical challenges to develop a way for a cell phone to interact with a car’s telematics systems in order to block the phone’s incoming texts and other communications. American Family Insurance agreed to invest $1 million to further develop the technology. But for it to work, cellular service providers needed to cooperate and implement the technology.

Here’s where it got exciting. Cell carrier Sprint “agreed to allow Mr. Tibbitts’s company, Katasi, to use its network to stop texts. It was a kind of holy grail, safety advocates gushed, a first for an American phone carrier.”

Months later, however, things fell apart. As the article recounts:

[Sprint] officials said they asked themselves what would happen if the technology let one text slip through, and someone reading the message became involved in a crash. That could be a financial liability for the company, and a tragedy.

“The technology works; the technology is there,” said Walter Fowler, a spokesman for Sprint. “It’s a matter of working out the legal issues. The legal uncertainty — that’s the major issue.”

First of all: did this profound concern not occur to Sprint when it initially embarked on the partnership with Mr. Tibbitts over a year ago? Strange that this suddenly arises at the 11th hour.

What about the merits of the concern, however? Would Sprint really be exposing itself to massive legal liability by trying to prevent texting-while-driving deaths? “If the law supposes that, the law is a ass.”

But the law is not actually that much of an ass. General legal principles, not to mention common sense, expose Sprint’s “concern” as a lame legal interpretation at best or a craven excuse at worst.

Assume that Sprint’s system did inadvertently let a text sneak through to the driver’s cell phone. It’s not inconceivable; technology is imperfect. But if that happened, must the driver respond to the text? Of course not. That’s the point. It is still the driver’s legal responsibility not to text and drive. Using a handheld device while driving is against the law in many states, and if you hit someone while texting, you are negligent or reckless.

By contrast, it is not against the law for Sprint to forward a text message to a cell phone. By being responsible and trying to add a safety feature to its system, Sprint does not thereby assume or share responsibility for texting and driving by its customers. The failure of Sprint’s technology would not be in any way a culpable or contributory act. It’s ridiculous to believe that. Not only is it beyond imagination that a jury would hold Sprint liable for taking voluntary steps to help keep people safe (if Sprint’s defense lawyers cannot win that case, they need new lawyers), but I cannot even imagine that a judge would let such claims even reach the jury, since Sprint would have violated no law or legal duty to the victim. If anything, a clever personal injury lawyer would stand a better chance of finding a phone carrier liable for not implementing a safety feature like this.

Yes, anybody can sue anyone for any stupid reason, and yes, Sprint is a deep pocket. That’s the world Sprint lives in already, however, and it does not stop them from going about their business. This is what they have a legal department for – to defend them against frivolous claims. To let a nonsense excuse like this derail its commendable plans to do the right thing, and save countless lives, is unconscionable.

The only thing that would excuse Sprint’s legal department would be if this B.S. did not really originate with them but rather, as the article suggests, was an excuse cooked up by the business geniuses to try to renegotiate the deal. Either way, this has gone from a positive story of public-minded innovation on the part of Sprint, to the negative PR of derailing a life-saving technology.

Categorised as: The Law