Yes, you saw that right

Was that the goodcounsel logo on the back of that dude’s bike shorts?

I’ve previously written about why everyone should hire lawyers that ride their bikes to work. So perhaps it won’t come as a surprise that goodcounsel is now a proud sponsor of the Play It Again Sports amateur cycling team, which trains and competes around the Chicago area. 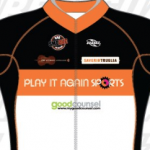 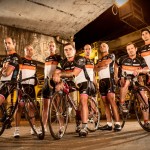 Look out for them on the road, and give them a thumbs-up and plenty of room.