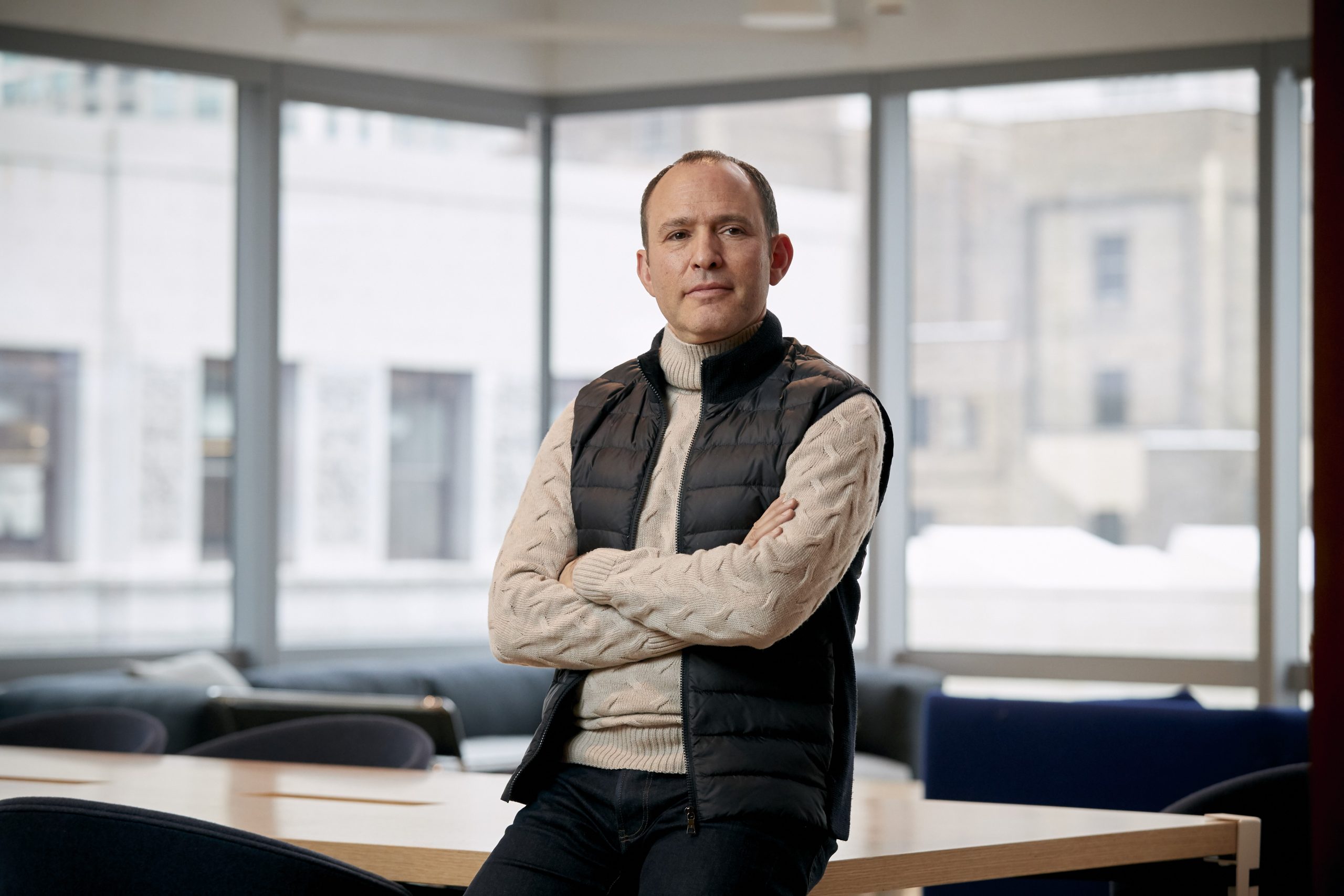 A lawyer by training and an innovator by temperament, Ken Obel (Founder, Principal) came to know the needs of growing businesses in the most direct way possible: by starting one. After a thrilling and challenging ride, Ken exited his highly-regarded enterprise and went on to advise several technology companies in both the business and legal issues they faced. Ken realized that new and dynamic companies need agile, affordable legal assistance that is hard to get from traditional firms, and so he founded goodcounsel in 2010 to fill the gap, providing top-notch legal services tailored to early-stage business objectives. A graduate of Yale Law School, Ken began his career with a federal district court clerkship, followed by stints at top-tier law firms in New York and Chicago. He delights in creating things that didn’t exist before.

A conversation with Ken

Have you always wanted to be a lawyer?

Yes and no. My father was a very talented lawyer. When you grow up with a lawyer for a parent, it’s like starting law school at age 6. We called ourselves “the Fighting Obels,” standing up against injustices great and small. It always felt like something I might do myself.

At the same time, I was always “techie” and entrepreneurial too. I was entering grade school just as personal computers were becoming widely available. In fourth grade I was one of two kids selected from my class to learn how the sole Radio Shack “Trash 80” (TRS-80) PC that my elementary school had worked. I also became a licensed ham radio operator at summer camp and combined these two hobbies, hooking up my Commodore VIC-20 computer to my ham radio transceiver, so that I could “type” Morse code on the keyboard, instead of doing the “dits” and “dahs” manually (does anyone even know what this means anymore?).

Also, I liked making money, so I baked cookies and cakes, and sold them – primarily to my parents’ offices for holiday parties. I also took my father’s used books to the corner of Johnson Avenue in the Bronx and sold them for a buck apiece.

So I guess I grew up both lawyerly and entrepreneurial – a mix I have carried into my career.

Well, to continue the story: I ended up pursuing the law first. I went to law school, clerked for a federal judge, and began to practice law. But then the entrepreneurial bug came back and I started a business in Chicago with a law school classmate. After founding, raising capital for, and then exiting from that business, I decided to combine these interests by being a general counsel for early-stage companies, in roles that also allowed me to serve in legal and business capacities at the same time.

It seems like the strengths of lawyers – reading fine print, making sure things are done right and according to precedent – might be at odds with that of entrepreneurs, who must boldly go where others haven’t gone before. How do you do both?

Those are certainly traits that people can reasonably expect from an attorney. It’s a matter of optimizing, though. You need to identify and focus on the important issues, and there, it helps that I’ve been an entrepreneur and businessperson in my own right. The lawyer obsession with covering every possible contingency is a fool’s errand, and the attempt leads to documents that are byzantine. Lawyers re-use documents year after year, and the accretion of language is unbelievable. The irony is that the documents become unreadable and sometimes internally inconsistent, which instead of mitigating risk ends up heightening it.

The entrepreneur in me can cut through the noise and show clients a saner path.

You left the security of big law firm practice to start your own business – what inspired you to take the leap?

If you are an entrepreneurial person, you can’t help yourself. You notice an opportunity, or something missing from the world. It nags at you. Then you start bothering your friends and family by talking about it all the time.

I saw a need for high-quality and affordable legal counsel for startups and entrepreneurs, and I realized that I – with my legal training, entrepreneurial mindset, and startup background – was uniquely qualified to create a law practice to address that need.

Eventually you have to realize your vision because you truly feel that you’re going to make the world, or some corner of it, better.

What business are you most proud of creating/launching?

I’m very proud of creating goodcounsel and it is quite satisfying to help other entrepreneurs get started. I particularly enjoy it when I get to work with a client who has taken on a really big issue or is starting a business in a sector that does not get a lot of entrepreneurial attention.

I am, likewise, extraordinarily proud of what we built at Fox & Obel even though, sadly, it failed to thrive under subsequent ownership. People frequently approach me to tell me how much they loved the store. It was a meaningful experience to bring a lot of talented people together to realize a shared creative vision.

You started goodcounsel in 2010 – how are the clients that you started out with doing? How does goodcounsel help companies as they mature?

We have a large number of clients who come to us for basic startup services – forming an entity, defining the co-founder relationship, maybe doing an agreement with a software developer. Some of these clients succeed in launching a prototype product or service, and a smaller set of those prove their business out to the point of raising capital, a process we help guide them through. Then it’s on to building the team, refining the concept, finding and selling to customers, securing vendors and partners, raising the next round of capital, and so on.

We have helped scores of clients through these stages. Not every client makes it; that’s to be expected, as startup success rates make batting averages look good. We do, though, have some clients we’ve been representing for years, who have raised multiple financing rounds, and are progressing really well. That is extremely gratifying to our whole team.

One example: we helped a pair of experienced entrepreneurs spin out a new B-to-B platform from the huge multinational corporation that had acquired their previous business. We have represented the newly independent company as its general counsel ever since, and served as its transactional counsel for several outside investment rounds. The company now employs more than 50 people and has become a leader in its market segment. All credit goes to the entrepreneurs and employees; goodcounsel, however, has played an important role supporting the business day-to-day.

You have a yoga mat, a stand-up desk, and a folding bicycle in your office. Do you actually use these, or are they there for show?

Absolutely I use them! Our bodies evolved to hunt and gather, not hunt and peck, so adding movement throughout the day is crucial. I get down on the mat regularly to work out the knots – more frequently when a particularly challenging transaction is under way! The desk is sit-stand so I can alternate between my Swopper stool and standing up. I also keep running shoes on hand so I can run the stairs here in the building. Moving helps to keep my mind sharp.

Tell us about the Brompton.

Ah, my prized possession. I love to bike as much as I can, on vacation and at home. I bought a Brompton folding bike because the train does not allow full-size bikes during rush hour. I picked canary yellow, which is eye-catching. I am amazed that people from all walks of life stop me to ask about it, or just admire it. It’s a great conversation piece.

What activities are best for solving tricky legal questions?

Depending on the situation, listening to Bach or Led Zeppelin can be quite helpful.

What’s your idea of a perfect day off?

Reading has been a casualty of the busy law practice lately. I did find Russell Shorto’s The Island at the Center of the World a fascinating historical perspective of New York City, my hometown. For fiction, I enjoyed Freedom by Jonathan Franzen.
It’s easier to sneak in a 25-minute video. I love the show Blackish. It is sharp and funny. Of course, as a lawyer for entrepreneurs, I am watching Silicon Valley, whose nuanced takedown of startup culture and jargon is just perfect. I hope it will help us not take ourselves quite so seriously.